Thank you for your patience while we retrieve your images.

As the traditional British summer draws to a close, all the attention focuses on the Bank Holiday weekend and in particular the spectacular Notting Hill Carnival. Thousands of visitors from across the globe, the UK and wider Caribbean community descended on the streets of West London. This year there were an incredible increase in the number of visitors in costumes and flags supporting various countries from around the world, with several visiting the London carnival for the first time and keeping pace to the rhythms of the many sound systems and trucks on the streets of Notting Hill.

Having spent several weeks designing their colourful costumes to display at the big event and rehearsing in the various bands, revellers were in a party mood to jump-up and have fun on the streets of Notting Hill for the 2015 carnival.

I hope our photos on www.pixelviewphotos.co.uk will give our fans a flavour of the extravagant and colourful costumes, the excitement of the crowds and enjoyable atmosphere of the parades and sound systems over the carnival weekend. The photos are now available to download and purchase from the website. 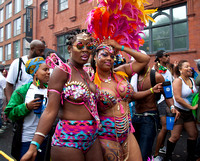 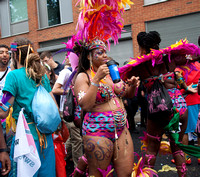